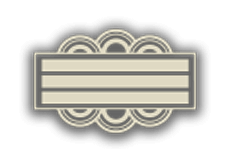 “Imagine a record as a galaxy, and all the songs as sort of little planets.

And some of them are messed up and spinning off-axis.”

Musical epiphanies arrive in different forms. For Mark Linkous, it was an early encounter with The Animals’ House of the Rising Sun, a sound he would describe as ‘louder than a dirt bike.’ For me, it was Linkous’ first record as Sparklehorse, Vivadixiesubmarinetransmissionplot.

The opening bars of Vivadixie do not contain the kinds of things that typically make for musical revelation. There’s no visceral surge of guitars or pin sharp melody, no words that seem to offer some personal truth.

Instead it begins in a dreamlike state. Acoustic guitars creak like antique furniture. The first lines are delivered in a cracked whisper. ‘A horse, a horse, my kingdom for a horse, rattling on magnetic fields,’ sings Linkous, like a man lost in private reverie.

But when I heard it, aged 15, I was hooked. I felt a thrill at the strangeness of the music, a sense that normality had receded for a moment and the world had been subtly altered. And almost 20 years later, having listened to Vivadixie and the Sparklehorse records that followed it many times, I feel that still.

If what strikes you at first about Linkous’ music is its sadness and strangeness, you soon begin to realise that it teems with life.  In some songs, there are faint burbles or voices far down the mix like stirrings in the musical undergrowth. In others, whole ecosystems of sound start to emerge: string parts that have stretched and warped in the sun, the wheeze and splutter of geriatric keyboards, guitar lines slowly unfolding.

It’s there in the words too which are populated by creatures real and imagined. ‘The tree you planted has become fecund with kamikaze humming birds,’ he sings in one particularly lovely line from his second album, Good Morning Spider. Many of his songs seem to examine what he called ‘the dangerous, spooky part of the south’ and images which at first seem fogged with weirdness begin to glitter with sharp-edged clarity. This is not the product of some distorting vision but a familiar world, minutely observed.

My favourite Sparklehorse lyrics are the strange, sometimes conflicted sentiments of his love songs. ‘You are the car, you are the hospital,’ he sings on Saturday, on which he addresses someone for whom he has feelings he can’t quite confess. ‘Every hair on your head is counted. You are worth hundreds of sparrows,’ runs a line of heart-swelling tenderness elsewhere.

There is a delicacy to much of Linkous’ music but Sparklehorse could rock out too. Fragility and noise are in frequent tension in his songs. Harmony and dissonance, clarity and distortion, dappled sunlight and deepening shadow run through them as well.  I saw Sparklehorse live for the first time in a club in my home town – thanks to an unconvincing fake ID and a bit of bravado – and I remember the power of these contrasts. The volume and reckless velocity of songs such as Pig, the sadness and longing of Saturday.

Linkous suffered from depression for many years but his songs seemed to allow him to examine his darker thoughts and bring them to temporary resolution. When clouds of static part and guitars and vocals cut through on Chaos of the Galaxy / Happy Man, there’s a thrilling sense of release.

And though it is more painful to listen to, Saint Mary feels equally cathartic. It describes his slow recovery in a London hospital following an accidental overdose and cardiac arrest that briefly stopped his heart while on tour in 1996. ‘Blanket me sweet nurse and keep me from burning,’ he sings. ‘I must get back to the woods, dear girls. I must get back to the woods.’

Following the release of Sparklehorse’s third record, It’s A Wonderful Life, in 2001, Linkous’ depression began to deepen.  His next album,  Dreamt For Lightyears In The Belly Of A Mountain, took another five years to emerge. Though it seemed to have been produced with an immense effort, it also contained the familiar beauty of Sparklehorse’s music, a sense of having been coaxed out of the shadows.

Two more records followed: the first with electronic producer Fennesz, the second a collaboration entitled Dark Night of the Soul, which brought together artists including Iggy Pop, The Flaming Lips and Julian Casablancas for an album of songs by Linkous and the producer Danger Mouse.

Its all-star cast was evidence of just how highly regarded Linkous was and though its release was delayed for over a year following a record company dispute, the music prompted hopes that his career might be about to glow into a much deserved Indian summer. But its eventual release, in July 2010, came too late. The depression that dogged him had taken a strong hold and finally, on March 6th of that year, had become too much.

I was on holiday when I heard about Linkous’ death. Not quite knowing what to do, I dug out an old Good Morning Spider t-shirt from my rucksack and spent the afternoon in an internet café, where I could be in the company of other fans.The music sites and message boards I visited were filled with memories of gigs and YouTube links to Sparklehorse songs. People took care not to overstate their grief for someone they’d never met or claim a share of the much deeper loss of Linkous’ family and friends but everyone wanted to express how closely his music had touched their lives. Amid the sadness, there was a strong sense of gratitude. When I returned home, I did what many Sparklehorse fans did and played Vivadixie very loud indeed.

After Linkous’ death, there was plenty of scope, if you were so minded, for a morbid reappraisal of his lyrics. The pain birds and beautiful widows that populated his songs took on an extra resonance. But in the end what comes through most clearly is not despair or a rejection of life but a deeply felt appreciation of it. He would sing a line as strange and troubling as ‘I’m full of bees who died at sea,’ and in the next declare, with absolute sincerity, ‘It’s a wonderful life.’  Linkous’ music makes you share its wonder. It makes you stop and pay closer attention to the world. And although it feels uncomfortably close to the brink at times, in its own way, that’s as powerful as the roar of a dirt bike, it makes you glad to be alive.